This month I decided to plan out activities for my 13 month old baby. I love routine and I am finding that this keeps me motivated and ensures I spend quality time just playing with K each day without any distractions.

Last week’s 13 month old baby activities focused on lots of opportunities for scooping and using a spoon. I can really see the difference it’s made and K can now scoop his food and feed himself with more accuracy.

This week’s activities have had a zoo theme. They include:

Disclosure: Some of the links below are affiliate links, meaning, at no additional cost to you, I will earn a commission if you click through and make a purchase.

The first activity for my 13 month old baby focused on posting. This builds on K’s interests as I’ve noticed that he likes to put objects into things and take them out again. Last week we read the book The Tiger Who Came to Tea most days. So I created a posting box using a container and rainbow wooden disks.

I then stuck images of food onto the disk for K to post through the hole. There were pictures of 3 different fruits that he likes to help him learn the names of them. I also recorded me saying the words on 2 of our talking buttons, which helped to reinforce the words. This activity was put back into a basket and we returned to it throughout the week.

I wasn’t expecting my 13 month old baby to be able to intentionally put the stickers on the paper but I wanted to show him how they worked. K liked passing them between his fingers which was great for developing for his fine motor skills. I also unpeeled some of the stickers from the backing so he was able to peel them off.

This week we made berry muffins. In last week’s baking session, I measured and set out all of the ingredients beforehand to make it easier. However, I didn’t have the time this week. It still worked well though. K stands in his learning tower next to me when we bake and this week I ended up putting a tray in front of him.

I then added a little bit of each ingredient in front of him (except for the eggs and baking powder). He then played happily next to me and enjoyed playing with the scales again. I encouraged him to help mix the ingredients and attempted to let him tip some of them into the bowl. The muffins came out well, which was a different story compared to last week when we made flapjacks! They didn’t have too much sugar and they were made just in time for K’s morning snack!

Oobleck is so much fun and so satisfying to play with. It doesn’t take long to make but it will keep your little one immersed in their play for quite some time.

I made each individual colour first by mixing:

Once I had made all of the colours I added them to the tray along with lollypop sticks. The lollypop sticks were there to use rather than our hands because K wasn’t too keen on this when we tried it a few months ago.

I’m not sure if it’s just his personality but I find that he is usually cautious of most new places and new things the first few times around. Once something or somewhere is familiar he loves it. It’s important that he has a ‘can do’ attitude towards new things, which is why I decided to revisit this activity with him this week.

The weather became hotter towards the end of this week, which meant it was the ideal time for some water play outside. This week I made sponge bombs using new cleaning sponges and elastic bands. I followed this tutorial. K loves splashing about the water anyway but these are perfect for him to squeeze and grab onto. Adding in water balls also gave him more opportunities to squeeze objects.

I set up a nursery rhymes tuff tray as well this week. The weather wasn’t great at the start of the week so this was another thing that kept K occupied whilst indoors. We’ve used our tuff tray for so many baby activities in the past and it helps to contain the mess. This tray combined 2 of K’s favourite things – water play and nursery rhymes. I made the small boat using lollypop sticks and made the water blue by adding food colouring and flour to it. I also used talking button that played me singing the songs when K pressed them.

Last week I tried putting baskets of toys/activities around the house, rather than putting them on a shelf in one room. This has been working well. I’ve noticed that the baskets that are in the kitchen and hallway work really well if they’re placed in spots K usually goes to, like the backdoor for example.

Our baskets this week included

The ball drop box was set out to help K work on posting. The yellow lid of this box flips over to the other side, so he can easily get the balls out and repeat posting them. When I bought this box, it only came with one knitted ball. However, I found that ping pong balls also fit and make a great sound when they hit the bottom.

I’ve been wanting to try the pipe cleaners in a colander ever since I first saw it on Pinterest. It was interesting to watch K play with this. At first, he slowly took them out. He then learned to take them out really fast and loved throwing them on the floor. Towards the end of the week, I rolled the pipe cleaners into spirals and then poked some of the ends through the holes. It made it more of a challenge and kept him engaged for longer. This was a good activity to keep him occupied whilst I was busy in the kitchen.

Overall, my favourite activity this week was playdough. I have used so many different recipes during my teaching years and have never found one that smells as great as this. The playdough didn’t take long to make and K actually enjoyed playing with it. Seeing him enjoy the things I have set out for him and watching him learn makes it so worthwhile!

Don’t forget to check back for next week’s activities. They follow a similar theme of sensory play, baking, and water play.

I would love to see any activities you do with your little one. So please tag me on Instagram.

What activities have you been doing with your toddler this week? Share your ideas in the comments section below.

If you liked this post, check out more 13 month old play and activity ideas here. 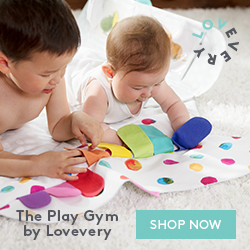